The deal will start Aug. 12 and is for two years plus three option years.

Kizza will remain with his club KCCA FC in the Uganda Premier League, on loan from the Impact, because of the COVID-19 pandemic and will not be taking an international spot on the roster. Montreal has the option to call him back if the global health situation improves.

The 20-year-old Kizza has been playing with KCCA FC since 2017. He has played 19 games in the 2019-20 season, scoring five goals and adding 12 assists. He also started nine CAF Champions League game with his club in 2019 and 2020, recording four goals and four assists.

He has scored four goals in 10 games with Uganda’s national team.

“We are really happy to acquire one of the best young players from Uganda,” Impact sporting director Olivier Renard said in a release. “Mustafa Kizza is a modern attacking left-back with great crossing abilities and huge potential. He is good on free-kicks and his height will also help on set pieces.”

The Impact are currently playing in the MLS is Back tournament near Orlando, Fla. They have an 0-2-0 record heading into their final group stage game Tuesday night against D.C. United. 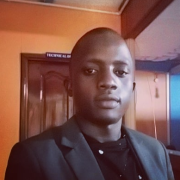